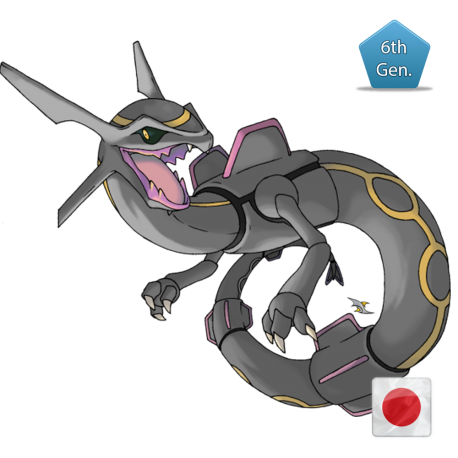 The code cards with the serial codes could be obtained at Ito-Yokado, Æon, Æon Supercenter, Toys "R" Us, Apita, Piago, AL.PLAZA, Heiwadou, Daiei, Fuji, and Pokémon Center stores in Japan. At 7-Eleven stores in Japan, players could obtain the serial code by connecting their Nintendo 3DSsystem to a 7Spot using the Nintendo Zone Viewer, then accessing the campaign page for the "Pokémon Black Rayquaza present" (Japanese: ポケモン 黒いレックウザプレゼント), then selecting "Get serial code!" (Japanese: シリアルコードをゲット！); the campaign page that displays the code and the Pokémon game cannot be accessed at the same time.