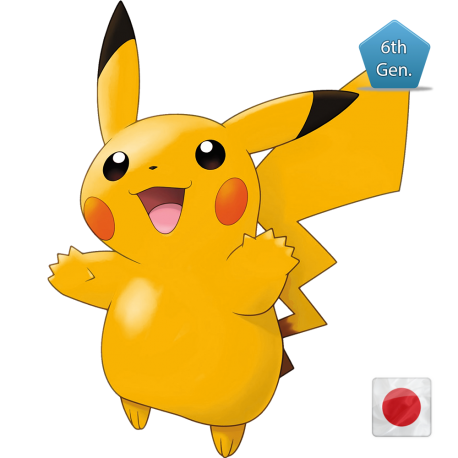 It has the Special Move: Hold Hands.

It evolves from Pichu when leveled up with high friendship and evolves into Raichu when exposed to a Thunder Stone. However, the starter Pikachu in Pokémon Yellow will refuse to evolve into Raichu unless it is traded and evolved on another save file.

Pikachu is popularly known as the mascot of the Pokémon franchise and a major representative of Nintendo's collective mascots.

It is also the version mascot of Pokémon Yellow, where it is the only starter Pokémon in that game. It has made numerous appearances on the boxes of spin-off titles.

Pikachu is also the starter Pokémon in Pokémon Rumble Blast.