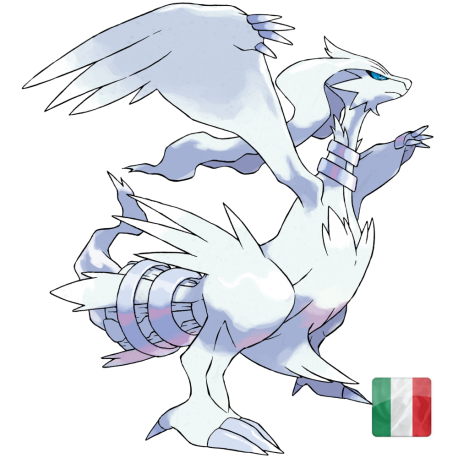 Reshiram is the version mascot of Pokémon Black, appearing on the boxart.

Along with Zekrom and Kyurem, it is a member of the Tao trio, which exists in the legends of the Unova region.

Kyurem will become White Kyurem upon using the DNA Splicers to fuse with Reshiram.