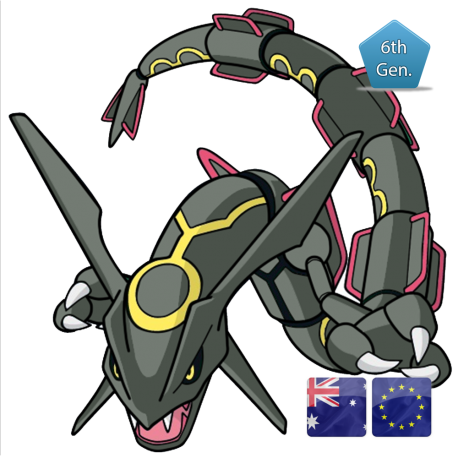 This Shiny Rayquaza was distributed to players who inserted a serial code that was given away at various locations in select countries.