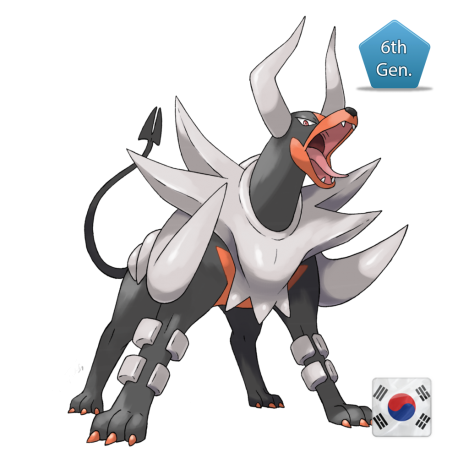 It evolves from Houndour starting at level 24. It can Mega Evolve into Mega Houndoom using the Houndoominite.