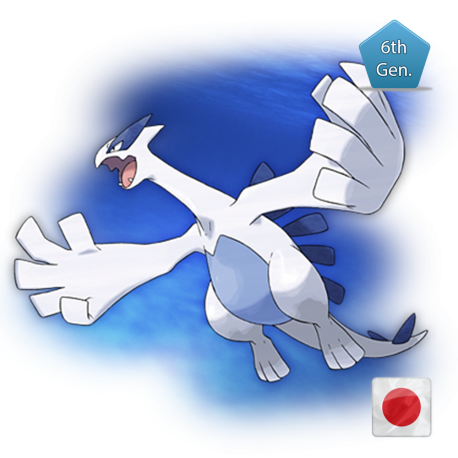 Lugia is the game mascot of Pokémon Silver, its remake Pokémon SoulSilver, and Pokémon XD: Gale of Darkness (as Shadow Lugia), appearing on the boxart of them all.

In Pokémon XD, Shadow Lugia, codenamed XD001, is a main part of the storyline, and Cipher's ultimate Shadow Pokémon.